Given all that’s going on, not much attention has been paid to Jeff Sessions resuming the “already proven irrational and financially ruinous” war on drugs. I’ve seen a couple of news programs mention it. But I haven’t heard anyone connect the dots, so, here are the dots.

There are such things as private prison companies. They are for-profit businesses that makes money by housing and caring for prisoners, adults and juveniles, rather than having the state/federal govt perform these services.

Previous administrations experimented with privatizing prisons but found that it was more expensive and prisoners got worse care than under the usual state/federal system. As a result, Obama put in motion the ending of the use of private prisons.

Then Trump got elected and put Session in charge of the DOJ.

The war on drugs is a Regan-era concept on how to address crime involving drugs. It involved mandatory sentencing that was often way over the top for the crime committed. For example, 15 yrs to life for a first time offence involving a non-violent crime such as taking an envelop with a small amount of cocaine to another person.

Over time, prisons became overcrowded and people realized this was not a good approach. It didn’t proportionally address the crime or stop drugs being sold or help people get off drugs. You can read about Portugal’s highly successful approach here as an example of really tackling the problem of drugs.

As a result of decades of experience and information in the US, Obama gave out guidance to prosecutors that they could ignore what had formerly been mandatory sentencing guidelines and many states began releasing non-violent drug offenders, reducing overcrowding in prisons by something like 14%.

Enter Donald Trump. GEO Prisons is a private company that donated a lot of money to Trump’s campaign. Trump upon entering office said private prisons were great and killed the legislation ending the use of private prisons. So, that was a reward to GEO prisons for supporting him.

But not enough, so then Trump began to fill up prisons and detention centers with undocumented immigrants, so he could funnel taxpayer dollars to these for-profit corporations — that are not financially responsible and give detainees very poor care.

That was the short game. The long game is where Jeff Sessions comes in.

The long game was finding a way to put more Americans in the prisons, so the US would need more private prisons and Trump could funnel more money to these pro-Trump donor corporations. But which Americans to lock up?

Keeping in mind that the “war on drugs” is a basically a war on people of color, it’s pretty clear that the current administration plans to incarcerate, long-term, a lot of people of color.

This is where most people stop connecting the dots. And that’s unfortunate, because even locking up people of color long-term as a pay off private prison corporations isn’t the end goal of this administration. And now you know why Jeff Sessions is head of the DOJ.

The war on drugs today is about keeping people of color from voting for decades at a time, or even permanently. 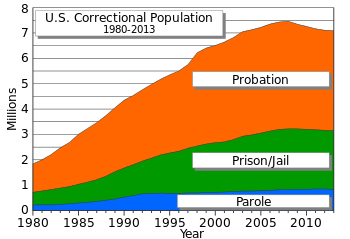 In most cases, the process of restoring voting rights is so daunting, it doesn’t happen.

Basically, by renewing the “war on drugs” Sessions is talking about a plan to keep millions of citizens of color from voting for long periods of time, decades, if not forever. It’s not really a war on drugs so much as a great method by which to get away with racism and voter suppression.