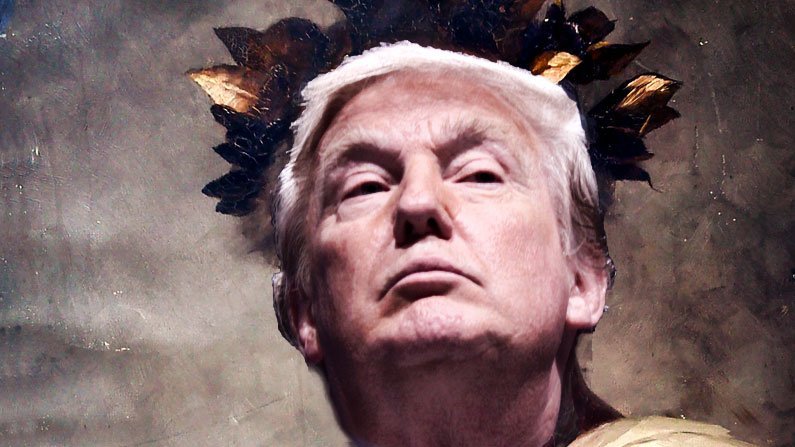 Okay, I haven’t written anything in a while, but I feel like posting some things about the new POTUS. This is the first of 5 posts. If your not political, feel free to give them a miss.

I want to clear up my position first.

Keeping in mind that Trump’s positions always start at nuclear to purposefully upset (or distract) people (the media) from his real goal so he can end up at the atomic level (rather than some rational midpoint) because atomic looks better than nuclear, the media ought to be paying more attention to the stuff that goes on behind the big, loud, splashy the stuff.

So, let’s start with the current big, loud, splashy stuff: “The Muslim Ban”. This issue makes the restructuring of the National Security Council — and placing of white supremacist propagandist Steve Bannon on that new version of the NSC, while removing people who actually should be there such as the Joint Chiefs of Staff and the National Security Director — fall to the background. But in the long run, the NSC structure is a “how the country is run” issue while the “Muslim Ban” is a court issue.

It’s important to care about the ban, but it’s way more important that your country doesn’t become a police state run by propagandists who have no regard for truth or facts. No one wants to live in Nazi / Stazi/ KGB land. So again, while the Muslim ban is super important, the courts will resolve it correctly. The change to the security council, on the other hand, won’t be resolved unless Congress speaks out about it. People aren’t up in arms about it, and they should be. The media should be on top of this, and they aren’t.

The media has real problems following the actual ball. Mostly because there’s so many balls going. But still, they have to learn to see what’s really going on and focus on that. Not being focused on what’s really going on, is how the media came to miss what was happening with the electorate and why Trump was going to win. More on that next.

My belief is that some people are right about something things, other people are right about other things. At the end of the day, most people agree on basic things even if they don’t agree on the same  solution. For instance, everyone can agree good schools are important. But the best solution to getting good schools, typically either public funded or private charter (for some reason no one thinks there might be 3rd, 4th or 5th option), is where the divergence happens. In general though, people want the same things, a good life in a place where the rule of law is both reasonable and enforced.

It’s no surprise that Republican voters voted Republican or Democrats voted Democratic. That’s herd mentality. It’s a shame, because it shows no one in those parties was really thinking of the candidate, asking if the candidate was right for the job. But okay, that’s how it is. So basically the election came down to swing voters, and the media was aware of that and that the most important swing voters were in Rust Belt states. The media (and pollsters) should have paid attention to those voters, but they didn’t.

Absolutely no one can blame swing voters in the Rust Belt for voting for change (not necessarily voting for Trump, but voting against Obama or Clinton, Obama’s legacy candidate). Why? Because their lived experience left them feeling as if

No one really made the case to them that 1. Democrats in govt had dumped a crap load of money in rust belt auto manufacturers to save jobs there, which they did; 2. Republicans controlling congress refused to make a Democratic president look good or help people by passing big costly infrastructure bills (although now, suddenly, a $15 billion wall is okay with said Republican congressional members);  or 3. that there were a lot of government retraining program available to them but their Republican controlled states refused “federal” help.

I agree that ideally one should be able to find work one can do in one’s own state. But I also understand that most of the time that’s a function of the state government and self-will rather than congressional or presidential will. If a state’s business climate sucks, it’s hard to find a job. If you have no resources in your state open to you to allow you to change professions or move, it’s hard to find a job. In other words, I do understand why the majority of people in some hard-hit states (but not the majority of voters in the US) would vote Republican as a vote for change.

Let’s be honest. Obama did a lot but he didn’t do everything he could for these voters. In some cases he couldn’t. His hands were tied, by Republicans in Congress. In some cases, his attention was drawn away from these folks to other important issues, like the Arab Spring or the Newtown massacre. But voters in those recession-destabilized states felt, and were, lost in the shuffle. The recovery wasn’t happening for them and that should have been a red flag for the Democrats.

I can also understand how people in that situation came to feel about the media. The media quest was for ever more “new exciting” stories. On any given day, the media  was consumed with reporting on NC’s transgender bathroom problems, the plight of DREAMERS, or the Syrian’s war/refugee crisis. Don’t get me wrong, all these things were very important and deserved coverage. But when I think back to the election, I didn’t hear much about the millions of American people the recovery was passing by.

The media overlooked a huge swath of American voters. This made those voters feel like their problems weren’t being seen, which they weren’t. And, because the mainstream media overlooked how tens of millions of citizens were doing, they never saw a Republican victory coming. The media wrote off the voters who told them what they really thought and called them right-wing nut jobs, which then made these voters a) more reluctant to talk to the media and b) more reluctant to listen to the media.

After all, if the media all around you can’t see what is obviously going on in the lives of yourself and your neighbors and everyone you know, then how can you be convinced the media are telling the objective truth in their reporting? It’s really logical when you think about it.