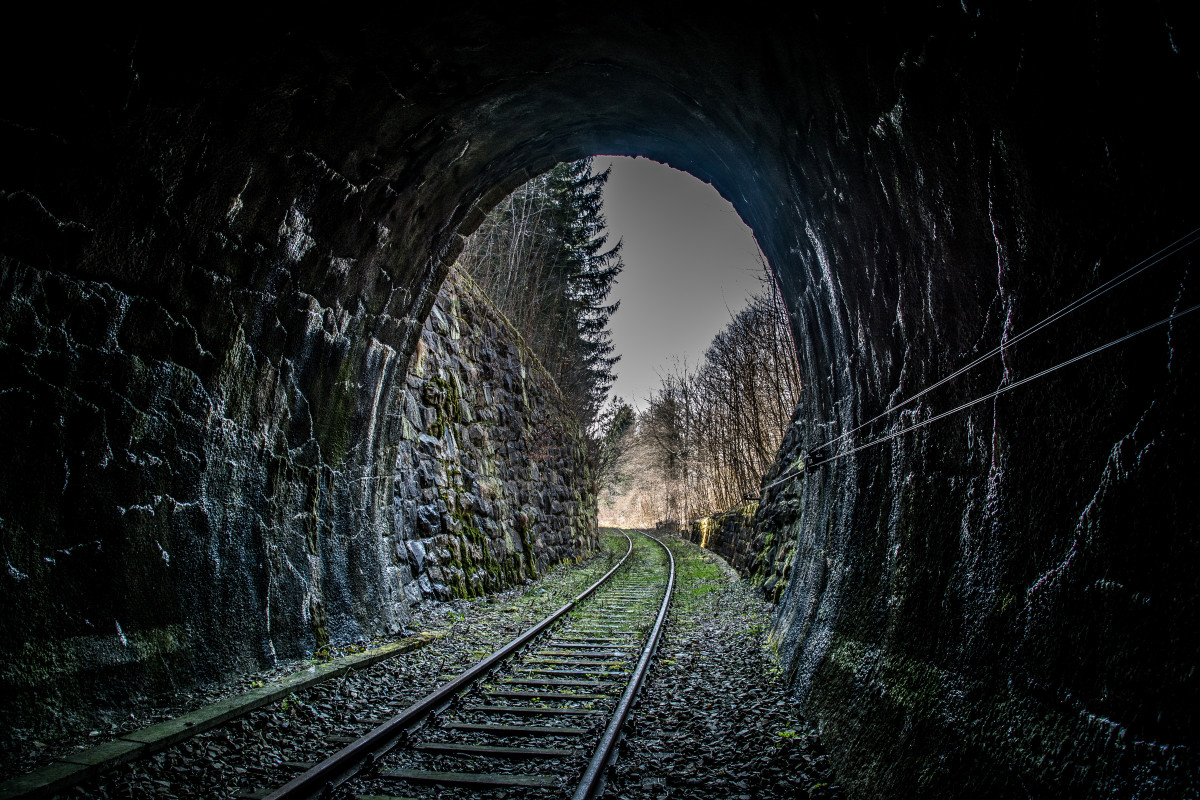 It’s a nice night for riding the rails!

In Ancient Ireland, people were very into astronomy. But, historians and scientists until very recently, used to pooh-pooh the Dark Ages writings about the stars. The problem was, the modern people couldn’t confirm what the ancient people saw, so they dismissed it.

Enter the modern telescope.  Suddenly, modern people could see what they ancients saw. This led modern people to a new question. How could the ancients see these stars with the naked eye (implied subtext, since we much better moderns cannot)?

Much of what we can “see” in life is informed by who we are, as individuals, and the society we live in. If you think that’s not true, slowly scroll down on this picture. 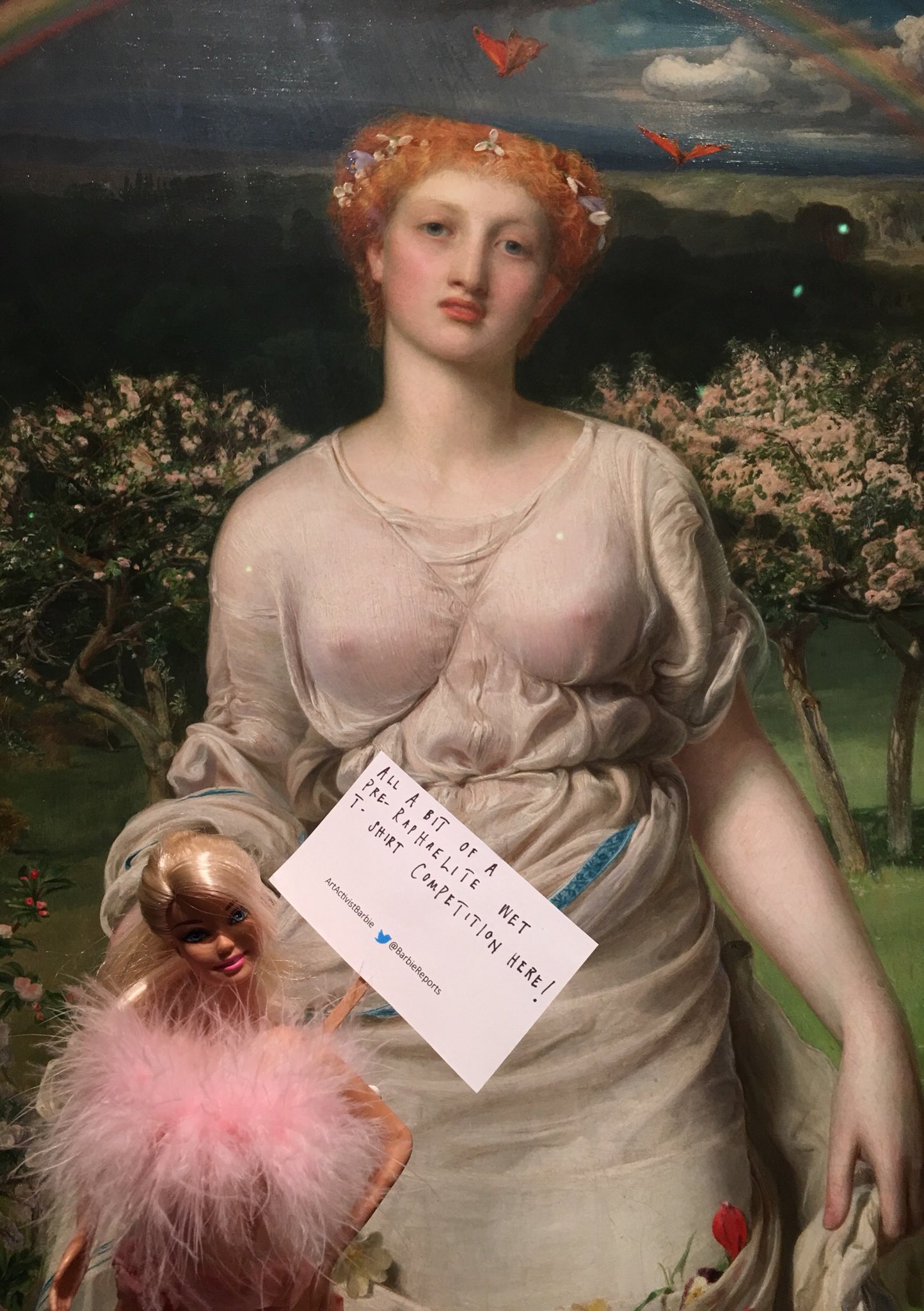 @BarbieReports where Art Activist Barbie tells you how she sees it. 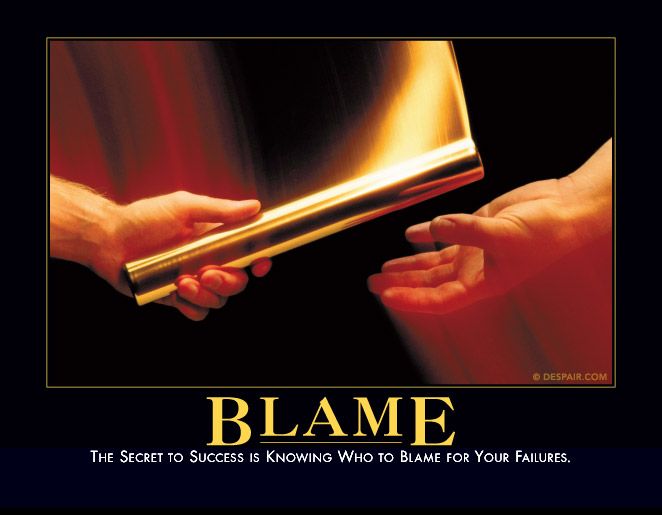 Probably a popular poster at the WH.

Buyers were what started the problem with Covid 19. They bought wildlife to eat. They started this plague. Even if wet markets were closed, rich people would still buy this kind of stuff from poor people who go out and capture it, because poor people need the money.

Some go on doing it because it’s the only thing they can do or society lets them do. Like an actor gets type cast. And I get that. Some do it because that’s what made them popular, fashionable, so they stick with it for psychological reasons. Some are just in it for the money, and there’s never enough money for them. That’s psychological too. Some really believe in what they do. And I get that. But it’s all a slippery slope.

For instance, the CDC is saying this is the worst flu season in 40 years. That 80K people ( a number conveniently higher than Covid 19 deaths) have died of flu or pneumonia caused by flu.  They’re saying the percentage of deaths attributed to influenza and pneumonia is 11.9%, above the 7% epidemic level.  But, is any of that true?

You’ll notice that in January week 202002, (that the second week of 2020, Mid January), flu was decreasing. It had been decreasing for 6 weeks. It wasn’t starting out to be the worst season in 40 years Then suddenly it jumps. Which would be about the time Covid 19 started spreading, unchecked and untested for.

Isn’t it far more likely that flu, which was tested for, piggybacked on Covid 19 which was never tested for, and all those deaths weren’t flu-driven pneumonia but Covid related? I think so. I think the amount of unreported (or purposefully misreported) Covid deaths is probably staggering.

I get saying at a Catholic funeral, “he was troubled.” When we all know he was suicidal. Or “he died of a heart attack” when in fact he died of doing so much cocaine his heart exploded. I get the little white private lies. But the big old red public lies?

I have respect for Dr Fauci, but I’m not stupid. I know that he loves his country and he’s doing everything he can to keep his job so he can save his as many lives as possible. But in the current administration, doing what it takes to keep your job comes at a price. And that price is steep.

So while I respect Dr Fauci, I do realise that at the end of the day he is the organ grinder’s monkey and the CDC is just the pair of cymbals. And I mean no disrespect to the good honest hard working people at the CDC. I’m just saying, it’s a government body run by a corrupt administration. I don’t expect the facts to be accurately or fully disclosed because they’d be damaging to the administration. 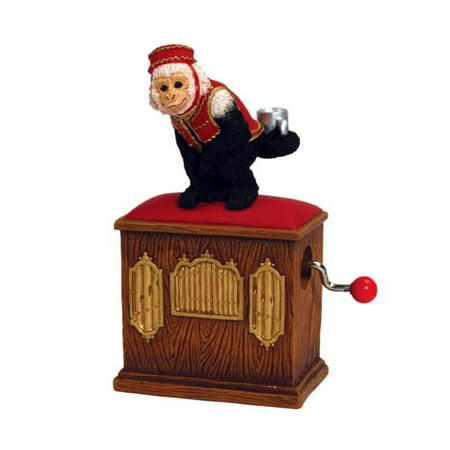 Note the monkey always has a cup and wants money – for the grinder’s pockets.

Just consider the issue of masks. People always needed masks. But the administration didn’t want to admit it didn’t have masks, wasn’t prepared, etc ad infinitum. So the CDC said, you don’t need masks. Just social distance. Right, sure. So every country in Asia successfully bending the curve is using masks, but we can just social distance? I’m sorry be we all know you were lying.

And I’ll be the first person to tell you that social distancing can work, if everyone in your whole country is on board with a national policy. If all the people are responsible and  adult. If everyone has full mental capacity to understand what’s going on. But, that isn’t reality, is it?

Der, my Significant Other, is currently living in his native Netherlands. Their government went in a totally different direction. Lockdown Lite, Intelligent Lockdown, Economy 1.5 (meters = 6 ft). I’m not saying every nation could do what the Dutch are doing, they have very strong social safety nets and full universal health care. But I think it’s where California is headed.

California is a really large blue state with mandatory health coverage and good social safety nets. So they could make more bold decisions, but California is just one state, and it has to deal with the other 50, who aren’t on the same page, because there’s no cohesive federal policy. So one wrong move and POOF, all your good work is gone.

Moving to an intelligent lockdown, to an economy 1.5 is probably the right thing for California, but it might also be a difficult thing. Even as I write this, I think, the choice to make such a move may be out of our Gov’s hands already. 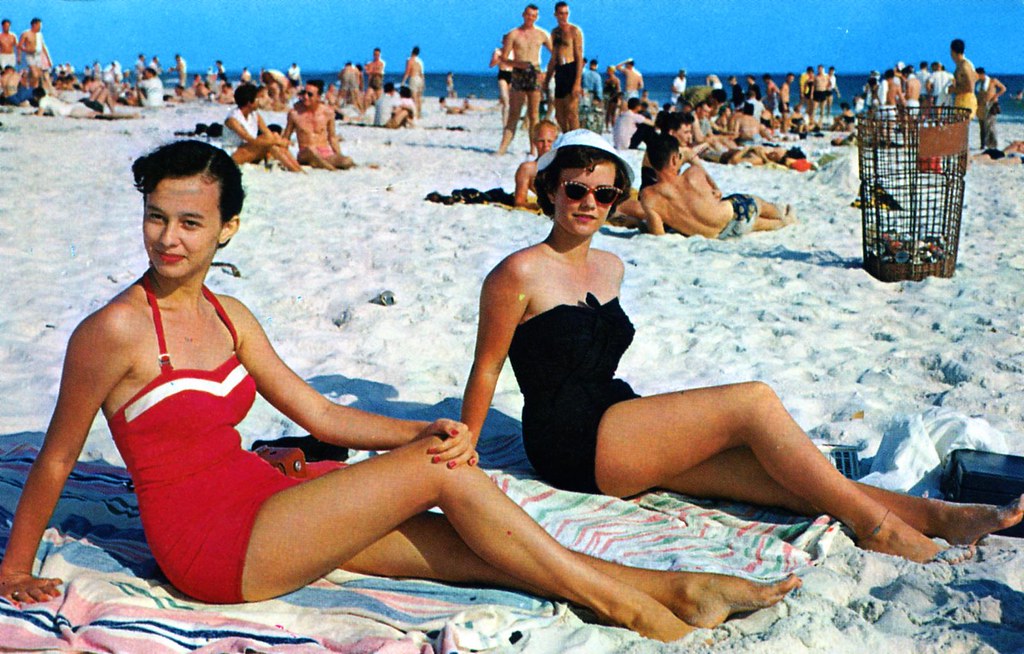 I’m sure Art Activist Barbie would have something to say here.

Speaking as a Californian, in days, not weeks, it’s going to get hot. Many people here don’t have air condition, or can afford to pay for it. And this was true before they lost their jobs.

That’s why So Cal has public cooling centers and libraries, public beaches and pools, and why people go to air conditioned theatres, restaurants, cafes, and shops, or drive up to the mountains. People aren’t at their work or school, in the AC. All of these things, are closed.

When the hot weather starts here, as it will for many places, your choice becomes die of heat stroke or break the stay home, stay safe order and maybe die of Covid 19 or get fined (which you can’t pay because you don’t have a job, so you end up in jail where you get Covid 19 because….whole ‘nother issue). 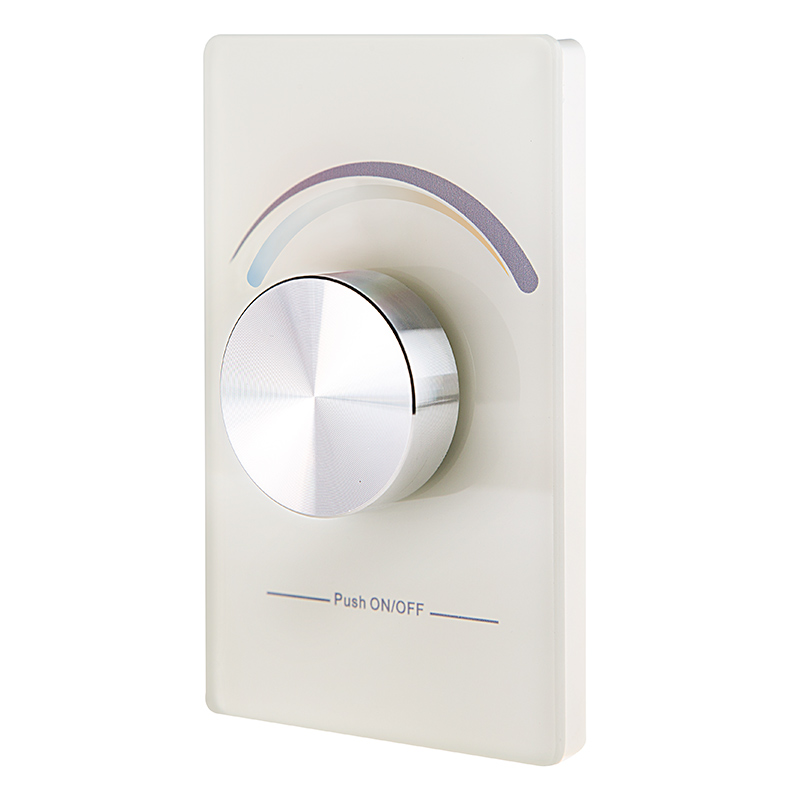 Before people could tell Alexa to do it, there were these.

And while the Governor makes good sense, with his dimmer switch analogy, the governor also lives in Northern California, where it’s colder and wetter. His summers are not as hot and awful. People die here, every year, of the heat. So yeah,  this is deadly serious. We in the south all know, things need to open soon or people are going to be making hard choices about what they kind of death they want.

Personally, I don’t think people will let themselves die of the heat. They’ll go to the beaches and parks and pools, despite the orders. So reopening California, is something we have to do because it’s going to happen, orders or not. I support Gov Newsom and his plan and his thoughtful consideration of the science. But know the reality on the ground.

It didn’t used to be so hot here. It was actually only hot in July and August, maybe September. But as climate change set in, over the years, it’s been hot and droughts have lasted years. I’m hoping with all that crashing of industry that weather patterns will change a bit. They seem to have.

We’ve had a wet April, and that’s rare. I hope it will be cool and May and extend into June, to the June gloom. But as Asia gets back to normal slowly, and maybe parts of Europe too, the weather might turn again. And if it turns suddenly hot, and it remains hot? If it turns into the endless heat of the recent decade? At that point, Covid 19 will take a back seat to a more concrete daily health threat.

Which is why I come back to ancient Ireland’s stargazers. My feeling is Newgrange isn’t a tomb and doesn’t really have the soul, sole purpose of marking solstices. I think Newgrange was probably the first observatory and it was used for night sky watching. It’s weird but most scientist automatically assume everything has to do with the day (despite clear written evidence of the ancients’s obsession with the night sky, implicit bias).

I think the opposite. It’s all about the cool and lovely night. That’s why in the Bible, the night precedes the day. A sabbath starts on Friday night, not at the dawn of Saturday. Out of darkness comes light. It’s the night that matters most to the ancient world. But how do you see it when there’s so much ambient light around?

How do you find a dark spot, in your village or town? How do you avoid going out into the wilderness to find darkness, but avoid ending up alone and being killed by wild beasts?

Answer, you didn’t think I’d leave you hanging did you, you dig a grave and lay down in it. Yep, creepy I know, but if you lay in a deep ditch, so the ambient light doesn’t screw up your vision, you can see far into the sky with your naked eye. 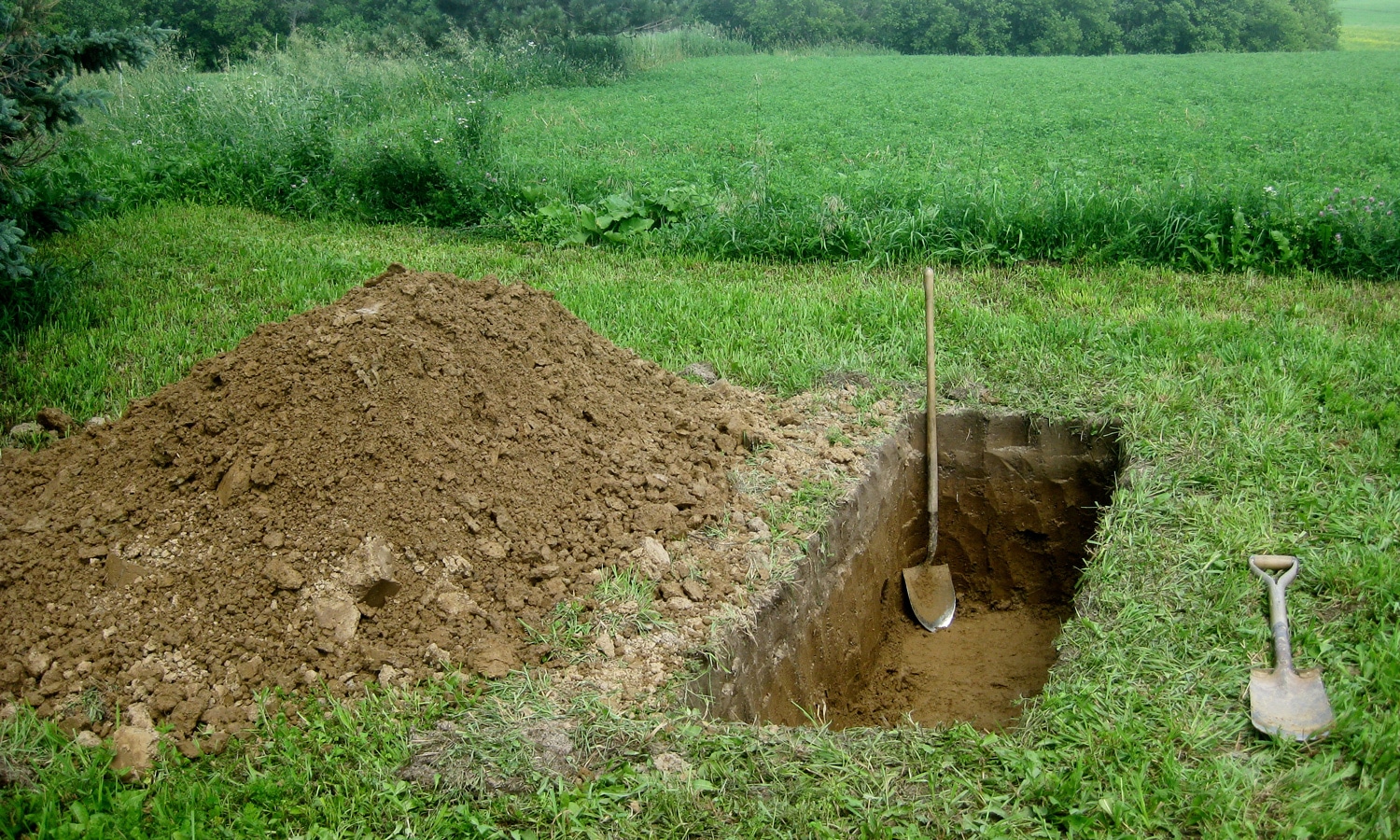 Really, Gran, it’s for me, for stargazing. Not for you.