I am not your health care Guinea pig, Congress!

I think having a “debate” about a health care bill that’s going to have massive impact on people, the economy, and the entire county, when no one has read it because it isn’t even in a finished form to read is beyond ridiculous. It’s criminally negligent.

The duty of elected officials is to craft legislation, review and debate it through all the channels it’s designed to go through to safeguard a good outcome, and then take a vote. the GOP has done none of this. This is not a totalitarian regime. It’s a democracy.

I’m not sure why the GOP want  to avoid the process that has seen America through over 150 years of government, but like most things that slither out from under rocks, they seem to want everything they do to avoid the light of day. That should make people think.

The ACA has problems, but that was always a known factor. The plan was always to fix it as time went on. The idea was always to set it up, imperfect at is was, and then improve, not remove, the ACA when things were found to need changing.

At this point people wonder if there’s anything the Congress, as in every single elected member of Congress, can agree on if not on a major thing like health care and the ACA. As a matter of fact, there is. Every member of Congress has agreed they don’t trust the president’s judgement. Yes, like child-proofing your house, they all decided, every single one, to vote to not let the president make decisions about sanctions when it comes to Russia. So I guess we should be encouraged by that, and to finally know there is actually a line is for the GOP when it comes to Trump. The Sessions-Trump relationship is foundational. It’s what Trump’s campaign was and his presidency is built on. Sessions was Trump’s first real supporter. He introduced Trump to Bannon, who was and remains Sessions long time friend. Session saw in Trump a fool. Someone he could use as front man, that in a worse case scenario could become a patsy.

If Trump became president, whatever had to be done to secure him the presidency, could be swept under the rug when Trump gave Sessions the AG spot, he had once been denied and frankly humiliated over.

Sessions could block every inquiry into all the dirty deals and wrong doing that Sessions, Trump, Trump’s family, and his associates did to “win.” Bannon, Session’s minion, would get the chief strategist, aka Nazi propagandist, spot in the White House and continue the white supremacy agenda that had brought Sessions and himself together in the first place. Bannon was also there to keep an eye on the babbling, tweeting fool of a president and manage the legislative agenda that Sessions would have to be “above” since he was no longer a senator.

Of course, what to do when such quid pro quo as the Sessions-Trump pact breaks down in the face of a relentless free press?

Whether that’s true or not, Trump wants to fire Session because he thinks Sessions is not looking after his person interests and protecting him so his wrong doing doesn’t come out.  But Trump can’t fire Sessions because that would put the nail in the coffin of the obstruction charge, and lead to impeachment. Currently Trump is trying to rant and bluster about Sessions to try to get Sessions to quit. For the record, that’s never, ever going to happen. Sessions is a seasoned politician that is used to getting mud slung in his direction. Sessions also has the support of many in the AG office and in law enforcement. But finally and most important, Sessions will never give up the office he’s coveted all his life.

Sessions is smarter than Trump politically. Everyone in DC is, but Sessions is a battle hardened veteran in politics and Trump, comparatively speaking, has washed out of basic training in his first 6 months. If Trump expects loyalty from Sessions, he’s nuts. Trump is a traitor to his own people. He’s proved that time and time again.

Bannon calls Sessions his “mentor” in politics. This is why people such as Jared Kushner ended up in the White House. Trump has never trusted Sessions fully. He has always wanted to be a real president, but he knows he can’t cut the strings tied to Sessions hands without falling flat on his face.

In the end, if push comes to shove, Sessions (and Bannon) will turn on Trump and his family, cabinet choices, and aides to save himself.  And anyone rational would have expected this to happen. Sessions has more political clout and savvy than Trump. He’s not a little elf, he’s a little Golum, without the remorse or soul. And he has a part to play in this story. 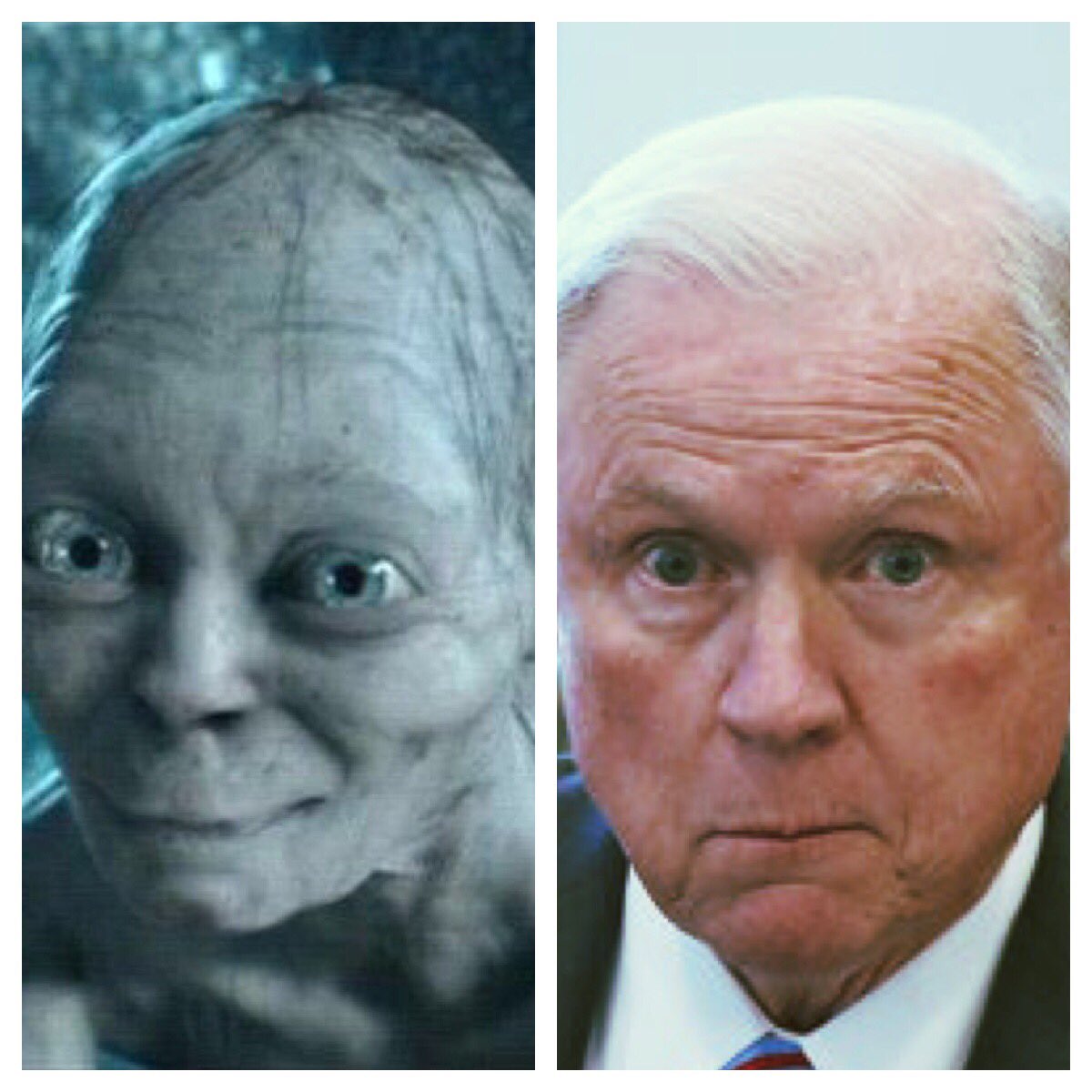