As I said in an earlier post, I’m now reading Sense & Sensibility. I’ve not read the entire Austen canon, just Emma, but I’ve seen several movie and TV adaptations of her works. 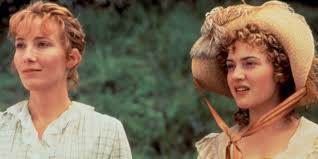 Most recently Sense & Sensibility, the version 1995 Ang Lee movie version with Emma Thompson, Kate Winslet, Hugh Grant and Alan Rickman, among many other stellar actors, was on TV.

It is well known that I will watch anything with Alan Rickman in it, so it should come as no surprise that this is a favorite film. But the performances are really exceptional, as are the locations, set decoration, cinematography and assiduous attention to period detail.

When I went to the library to grab a copy of the book (I do prefer actual books on actual paper), they had several version, but the one I chose was one edited and annotated by David M Shapard. I do love annotation, but I have to confess myself a fan of the late 18th century, so it’s hard to find works that I haven’t read or that can teach me something new.

Nevertheless, the Shapard edition is actually very enlightening. While I do find some definitions a bit “straining at gnats,” and some oversights and mistakes, for the most part the annotations are wholly worthwhile. I do like the maps at the back and all the thought that has gone into the motivations of the characters. All and all, I can recommend it.

The only true drawback I find is lack of what I might term a feminine view of annotation. Shapard has considered things such as locations and timelines and maps and meanings of words, very straightforward male things to consider, but has utterly missed the a vital concept of the book, which is that it is about women who exist in families and society.

There is not one genealogy anywhere. I find this a glaring oversight that leads to lack of deeper exploration of characters and times. Consider this, Col. Brandon ends up marrying Marianne Dashwood. 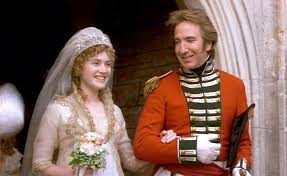 So explain to me how that works, sitting round the Christmas feast. Brandon, Marianne, his lover’s grandchild, who is the daughter of Willoughby, who is Brandon’s wife’s ex-lover! How very modern, how very scandalous, how very messy families.

They say that Austen isn’t scandalous, but I find the whole novel to be wracked with these sorts of bombshells. I do not doubt lives were like that then, but there’s no discussion of it by the annotator. Not yet at any rate. I reserve the right to update this post.

For another example, take Edward Ferrars. He was engaged to Lucy Steele for 5 years, but fell in love with Elinor Dashwood. Lucy ends up breaking it off to marry Edward’s brother Robert. Edward’s sister is married to Elinor’s half-brother John. 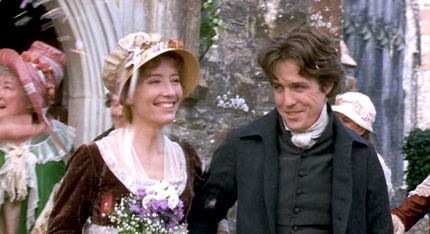 But on such matters the annotator is silent, at least so far. I am at chapter 18. But I have checked the fine print at the back. There are no genealogies. In a world where breeding and family are everything, the 18th early 19th century world, not including a genealogy, or several, is a real puzzler.

It has been rather slow reading since the weekend. The dog died on Saturday. That was crushing. Then on Sunday evening, my mother, inexplicably, when no one was in the room, suddenly looked out to the back patio where she saw Gran’s cat.

What did she do? Simply got up from her chair and walked — on her non-weight bearing fractured femur — 30 feet to try and let my Gran’s cat in. Only to fall down at the door, and not in the good walk 3,000 miles way, and fracture her foot and hurt her knee (all the same side as the femur fracture.)

We ended up at the ER again, but the femur repair at least did not fail, so they sent her home to Gran’s again a few hours later. Her ortho surgeon saw her yesterday. He was very impressed the surgery stood up to her wandering, but told her to avoid PT for 2 weeks and then start again.

Admittedly it is rather a set back. On the plus side I have learned to skillfully use a Hoyer lift and full body sling. One should never disregard the opportunity to learn new things, even if those things are not, in that moment, things one might wish to learn.