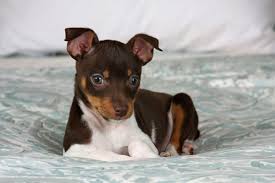 Admit it, you find me cute.

Later that Sunday night the ortho surgeon, Doc Holiday, called. He decided it was worse than he thought and he would have to go in and encircle the bone with metal rings and attach it to a plate to keep it together while it healed.

My Mum was crushed by the news, for about 5 minutes. Then they gave her a blood thinner and she got a bit a loopy.  At that point, I decided we had better call my Da, who otherwise would be standing in an airport waiting for a person who was never coming.

He was very upset, but my mother insisted he stay overseas as there was nothing he could do.

The following afternoon, Monday, she had a 3-hour surgery and then was moved her to a private room, in the new wing, on the Ortho ward.  It all went fine, and you’d think my mother would be over the moon, but no. Not my mum. And there were reasons for that, justified reasons.

She wanted to be in her own home, with her own doctors, while she was recovering. But the surgeon came by and said, there was no way she was flying anywhere, because of  potential blood clots.  Removal home by train was mentioned. But it was the same story, risk of clots, infections, etc.

The Doc said she could go home by non-medical transport if it was just a few hours. But since it was not, that wasn’t going to happen. At any rate, he thought it best she stick around so he could monitor her post-op and do the staple removal at 2 weeks and the follow up at 4 weeks, after which she could maybe stop taking blood thinners, and maybe travel. 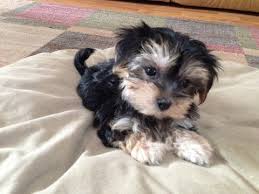 It would an understatement to say she was not thrilled. Thankfully the therapy dogs came in at that point – a charming rat terrier and a bubbly maltese-yorkie mix — and caused a welcome distraction. Welcome for my mother and Gran.

I was called out into the hall by the doctor. He didn’t know my name, so he just called me “Young Anderson.” As opposed to Mrs Anderson, his patient, who was clearly “Old Anderson” in his mind.

Doc Holiday. she would be totally non-weight bearing for 6 to 8 weeks. I wasn’t surprised. This isn’t her first broken bone, just her first major broken bone. My mum has “a mild movement disorder” that’s not full blown Parkinson’s but her neurologist put her on meds and she has poor balance.

Truthfully, said Doc, it was such a weird break, he was going to keep her off that leg for a full 8 weeks, when potentially she could put some weight on that foot, enough to keep her balance, and she’d being using a walker for safety sake, not crutches, for another 4 weeks after that.

I just nodded. This was hardly a surprise. My Gran has been dealing with this sort of thing for years.  It’s a family thing.  Any normal person my mother’s age and physical condition, would have left on crutches, got on a train, and gone home and been fine. As it was …

I knew that even home with my Gran, and some home health people to help with PT, bed baths, and nursing stuff, was not really a good option. Holiday said she really should go to a local skilled nursing facility, for at least a month to 6 weeks, because it would be the safest place for her and she’d get PT twice a day.

I told my mother this and she broke into tears. My grandfather died in skilled nursing, because the nursing was bad. He started out with pneumonia, was allowed to fall out of bed and get a broken hip, which then was not well cared for and on the day he died, they were going to amputate his leg.

When I tell you my family is filled with horror at the thought of “skilled nursing” that’s a factual statement and not an exaggeration. I called my Da, who naturally begged me to take responsibility for her. He wanted me to take her back to Gran’s and look after her there till he could come home.

I have to be honest, I didn’t say yes. I also didn’t say no. I mean, there are good skilled nursing places out there, where people get excellent care and great physio every day. Could I really give her that? Would taking her to Gran’s and trying to learn nursing on the fly on a person with staples in their leg, really be the best for her?

I didn’t think so.

Then there was the cost. Not to me, but she’s out of state, and out of network, and now she wants to go it alone? Of course my Gran has a lot of Durable Medical Equipment, so that was ok. But if my Mum went to skilled nursing everything would get billed out through insurance, if she went to Gran’s, would she be paying out of pocket for her drugs, non-medical transport to doctors, home care, etc?

I didn’t say this to my parents, because I’m sure the last thing they were thinking of was money, but, I was thinking it for them.