This is not a horse

If you love Facebook and use it a lot, you might want to check out the following articles from The Guardian.

You will definitely want to read the May 7 article Carole Cadwalladr, entitled The great British Brexit robbery: how our democracy was hijacked. It’s as much about the US as it is about the UK because the two are very much linked. 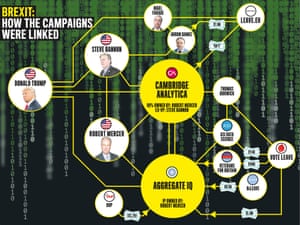 You can follow that up with Facebook employs ex-political aides to help campaigns target voters. This was published Monday, May 8, by Robert Booth. It’s pretty clear Facebook is a huge political problem and super creepy as an organization.

If you read these articles and think, “What can I do beside leave Facebook?” check out Who Targets Me?  Some spunky Brits have developed an extension people can install on their chrome browser to find out who is using Facebook to basically stalk you and launch an targeted psy-op / advertising campaign designed to persuade you to vote (or note vote) for a candidate or issue.

I’m not suggesting anyone has to cut Facebook, or any other social media, out of their life, but everyone should be aware of who is trying to manipulate them, how, and why.

Consider the case of Sinclair Broadcast Group which is set to acquire Tribune Media. Under a normal administration, with a normal FCC head, this merger would never happen. The FCC rules forbid it. No one group is allowed to be in more than 39% of markets.

But under Trump’s FCC guy, who has decided to pretend a station is not a station, the merger can happen. And the reach of that one group will now be 72% of markets. If you’re saying to yourself, that’s unsettling, you’re right.

SBG will be taking over local news stations. TV news is where 60 percent of adults get their news, and of those, almost 50 percent rely on local stations, according to Pew Research. So why would SBG want to control a lot of local news stations? To feed those people all the same news.

What kind of news? Turn out, SBG is super conservative and actively uses its stations to promote that outlook while actively denigrating other viewpoints. They love Trump. It’s not going to provide local news or balanced coverage of issues; it’s just pure propaganda.

Basically SBG supported Trump, so Trump now supports this illegal merger to acquire stations, to build out a conservative propaganda platform, to support Trump. Nice circularity to it. I’m pretty sure it’s illegal simply based on the quid pro quo, but Jeff Sessions is hardly going to say anything.

If you’re thinking you should look at the SBG stations and Tribune Media stations and delete them from your viewing line up. Yeah, you probably should if you want local news that’s actually local news.

Much like Facebook, certain media providers are no longer the thinking person’s friend. With the end of internet privacy laws, that’s likely to be true of more companies, such as Google and Twitter and basically anyone you give your data.

Hopefully more people will start looking in media gift horses in the mouth. Seems like the Europeans have begun to push back against radical populist nationalism.  I suspect British people will find a way to avoid Brexit, despite article 50 having been triggered.

I’m actually surprised Trump is still president, but I expect eventually he’ll be caught in a snare of his own making.  It will be interesting the number of people that go down with him though, and who will be charged to clean up the mess.